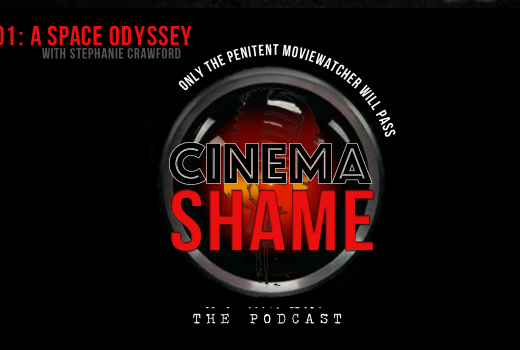 Stephanie Crawford returns to the Shame to fulfill her 2001: A Space Odyssey promise (and thereby transcend her human form).

Recorded in February 2019. Copyrights are owned by the artists and their labels. Negative dollars (and sanity) are made from this podcast. 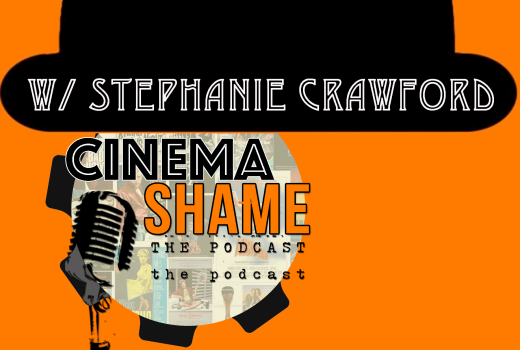 Stephanie Crawford confesses her Kubrickian Shame, addressing the absence of A Clockwork Orange in her moviewatching resume. Give it a slooshy, my chellovecks and devotchkas.

James David Patrick (@007hertzrumble) – Has spent a lot of time talking about 2001 over multiple pints, feels like the lack of A Clockwork Orange in these conversations was a missed opportunity.

“I Want to Marry a Lighthouse Keeper” – Erika Eigen

“How are Things in Glocca Morra?” – Petula Clark, Fred Astaire

Recorded in March 2018. Copyrights are owned by the artists and their labels. Negative dollars are made from this podcast.

So here they are — the movies I really should have seen by now, or at least I feel I should have seen. There are still gaps. Really, there should be at least one Tarantino film on here, and some Fellini. Should I have added Tod Browning’s Freaks? The original Halloween? And if it stars Tom Cruise, should it bother me that I can’t feel much shame over not having seen it?

Note: These are not necessarily listed in order of Maximum Shame.

Probably not a lot of people are walking around saying “I can’t believe you haven’t seen Network!” But I’ve come across enough references I feel like I should have seen it a long time ago. William Holden tells people to yell out the window, right?

As a classic horror fan, I should’ve seen this by now.

Probably the one I’m most embarrassed about. I sat through Torn Curtain. I own Shadow of a Doubt on DVD. But I haven’t seen Psycho?

Almost as embarrassing as Psycho.

With an “s”. I’ve seen the first, but everyone keep referencing the second. Plus, I like Bill Paxton.

I don’t know how it happened either.

All the cool kids have already seen it.

Like Network, it was in the air when I was growing up. And if I don’t watch it now, I probably never will.

Rosemary’s Baby has been in my personal top five since I was in my teens. And I loved Knife in the Water when I finally saw it.  So why haven’t I seen Repulsion?

Optional 13th: Last Year at Marienbad. So I can finally justify referencing it on Twitter.