James and Dan Day, Jr. each pick three essential horror films featuring Peter Cushing and/or Christopher Lee that came from outside the Hammer-verse.

Recorded in October 2021. Copyrights are owned by the artists and their labels. Negative dollars are made from this podcast. 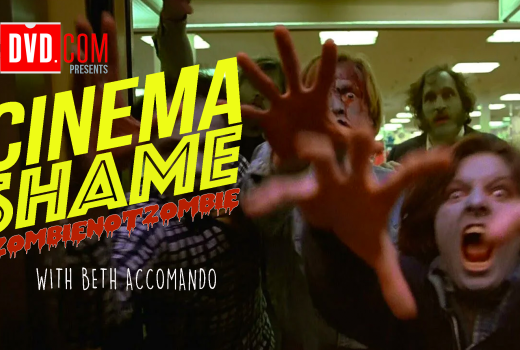 Film critic for KPBS San Diego and host of the Cinema Junkie podcast, Beth Accomando, talks about Zombies and Not Zombies for our Halloween 2020 horror special.

Music Contained in this Podcast

Enter the Giveaway for a 6-month Netflix DVD subscription!

Recorded in October 2020. Copyrights are owned by the artists and their labels.

Hold on. I’m getting word that nobody cares about United Nations Day. You goddamn xenophobes. It’s about what? Horror? Well, alright then. Horror it is.

For me personally this is a genre that I’ve always overlooked, I assume its because I’ve seen more bad horror movies than good. I grew up with middle of the road horror in the late 1990s and early 2000s, such as the return of the teen slasher film (Halloween H20, I Know What You Did Last Summer, Urban Legends), a large influx of PG-13 horror movies  (The Ring, What Lies Beneath, Darkness Falls) and a flurry of remakes (The House on Haunted Hill, House of Wax, 13 Ghosts).

Due to my bad choices, I have some gargantuan Cinematic Shames to hack off the list. This is going to be the month I eviscerate some big ones off the list. Such as John Carpenter’s The Thing, Alfred Hitchcock’s Psycho, Werner Herzog’s Nosferatu the Vampyre and Browning’s Dracula (1931).

The saddest part of that incredibly sad confessions is that I own all of these films. The Thing has been sitting on my self for two years collecting dust. I’m hoping these films will give me a broader foundation for the horror genre. I want to be better!

If you want to do an extreme challenge for this month there is the Hooptober Cinco rules (https://letterboxd.com/cinemonster/list/hooptober-cinco-your-terror-is-a-locked-room/) created by The Cinemonster. There are rules and guidelines but the overall objective is to watch 31 horror films during October. You can view 007hertzrumble’s post about his October plans here.

Let us know what horrible and terrifying Cinema Shames you have planned. Along with that, throw in your Halloween costume ideas. Submit your Shames by tweeting your post to @CinemaShame or emailing us at cinemashame@gmail.com. Use the banners below to tag your posts and spread the horrific October Shame! Or UN Shame. Either way.