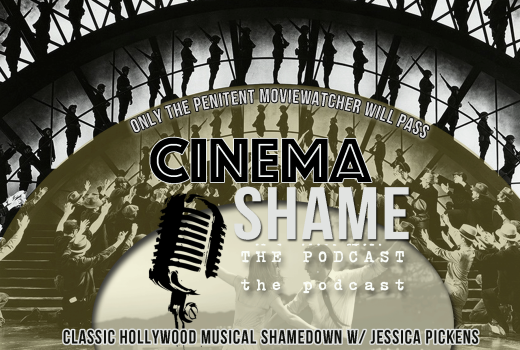 Jessica Pickens of Comet Over Hollywood returns. She selects a roster of Classic Hollywood Musicals beyond standard fare and we discuss how and why modern audiences aren’t necessarily receptive to the genre in 2018, using the polarizing La La Land as a case study.

James David Patrick (@007hertzrumble) – Played trombone, once performed as a backup dancer for my friends’ band.

Clips Contained in this Podcast:

Hollywood & the Stars – Those Fabulous Musicals

Clips from the trailer for Footlight Parade.

Eleanor Powell’s speech at the AFI Tribute to Fred Astaire

Clips from the trailer for The Harvey Girls.

“I Enjoy Being a Girl” performed by B.J. Baker (from Flower Drum Song)

“Well, Did You Evah?” performed by Burt Reynolds, Madeline Kahn (from At Long Last Love)

Clips from the trailer for Hedwig and the Angry Inch.

Recorded on June 1st, 2018. Copyrights are owned by the artists and their labels. Negative dollars are made from this podcast.