Time for another year of penance. I know I haven’t been consistently writing, but I definitely am still consistently watching. One thing I try to do each year is expand my knowledge of a genre. Last year it was supposed to be westerns and I managed to get a few first time watches in. This year I’m going to move onto comedies.

The journey into comedies is inspired by my discovery and newfound love of screwball comedies after watching His Girl Friday for the first time in November 2018. I followed up with Bringing Up Baby and His Favorite Wife and wouldn’t you know? I liked something new that I had no idea I would. Hence 2019 will be exploring humor. Here’s gonna be some of them I certainly plan to watch:

The Naked Gun Trilogy – All I’ve seen of these films is the “that’s my policy” bit that spoofs Dirty Harry. That’s all I needed to see to decide it’s finally time to knock these off the list. 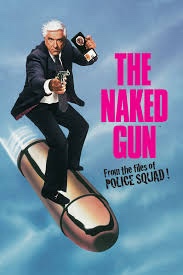 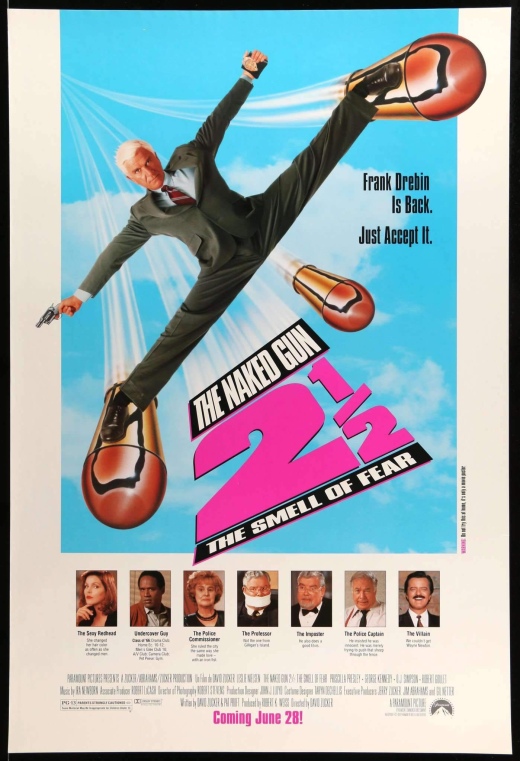 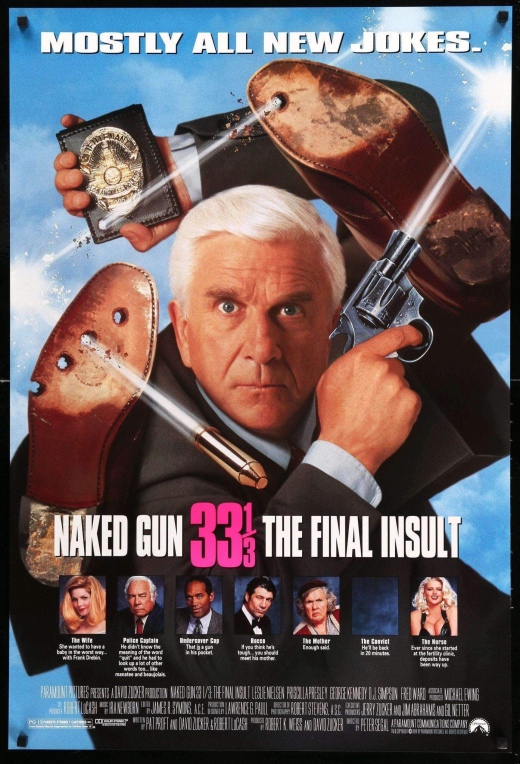 Joes vs The Volcano 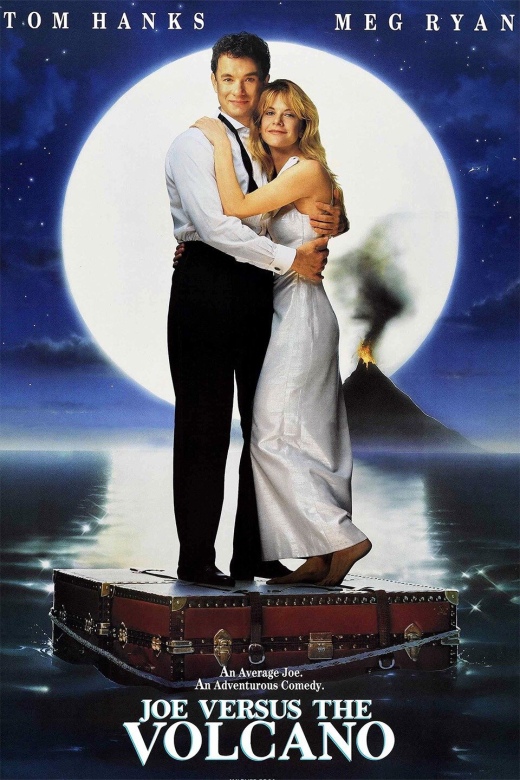 Inspired by CinemaShame’s very own James Patrick, I hear about how much this film means to him, so I need to see what is going on. I like hearing when movies are special to people that aren’t the usual suspects. 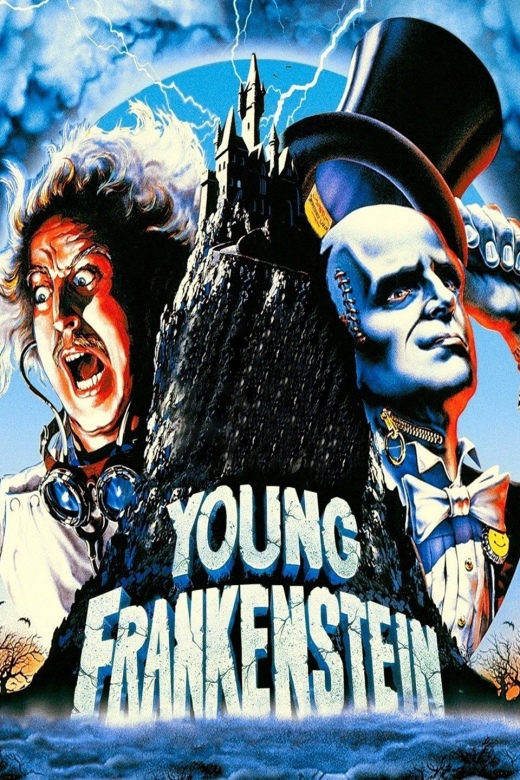 I’ve been working on my Mel Brooks watching for a while now. Yet I’ve still haven’t seen his magnum opus. I own it, so it should be one of the first I knock off this year.

That Thing You Do! 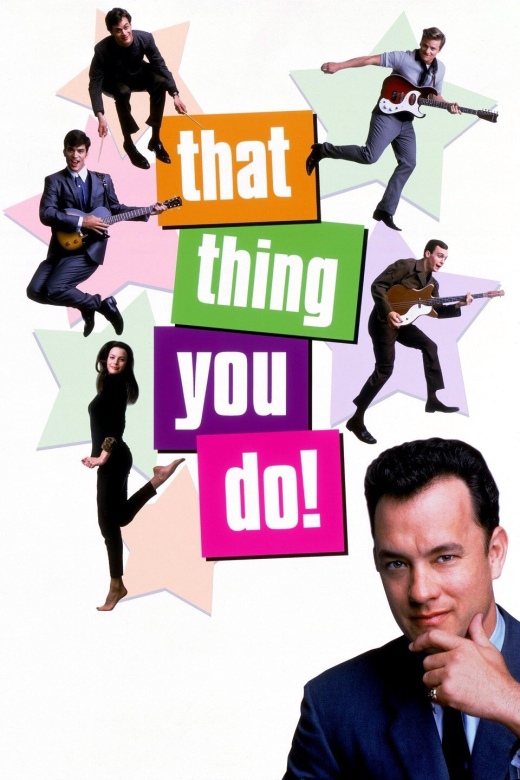 One of many still unwatched Criterion disc. Also the one Kevin Smith film I was always genuinely interested in.

So this is the opening salvo. Obviously subject to change. Or not at all. Here’s to 2019 and all your first time viewing! 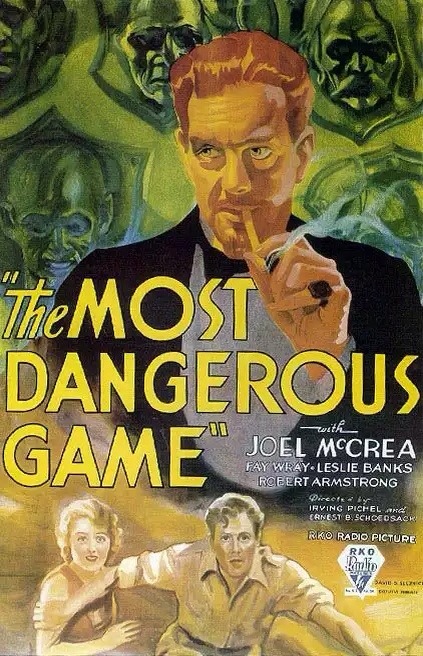 I know, I know. I’ve been out for a while. Since March I believe.

At this very moment across the country, various Barnes and Noble locations are having a sale on Criterion Collection titles. If you are unfamiliar, The Criterion Collection is a distribution group that collects classic and contemporary films and markets them to cinephiles moreso than the general public. Since Criterion releases are usually higher priced than regular films, I use this opportunity to collect as many as I can during the sale.

One gem I managed to pick up was “The Most Dangerous Game.” The film was directed by Ernest B. Schoedsack and Irving Pichel and produced by Merian C. Cooper. Cooper and Schoedsack would soon move on after this film to create the landmark adventure film “King Kong.” In fact the sets of this film were used in “King Kong.” The movie stars Joel McCrea and Fay Wray as two people who are shipwrecked on an island owned by Zaroff, played by Leslie Banks. Zaroff is a man who hunts other humans for sport, hence the most dangerous game. McCrea’s character, Bob Rainsford is also a big game hunter and is selected to provide ample challenge. 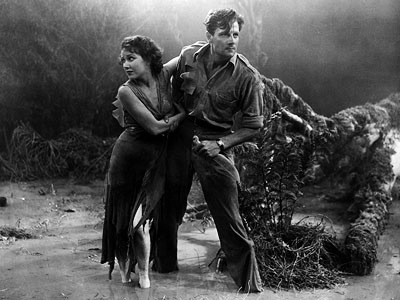 I must say for a film that’s only 67 minutes long, it certainly does not waste any time. There’s basically no exposition and I still feel I know enough about the characters we should be focused on. Also with this being a Pre-Code film, the violence feels a little more tangible.

I also did not expect to be drawn in with the level of suspense that this movie has. Once the hunt begins you feel part of the battle of with between the two hunters and how a calm head really is the greatest weapon you can possess in a situation like that. I certainly hope the short story that this film is based off of by Richard Connell is even more suspensful.

If you have the chance to watch this great adventure film, it reall is a gem and I would highly reccomend it. “The Most Dangerous Game” is currently available on Criterion Collection DVD, Hulu Plus and also on YouTube. This is a great example of classic Hollywood filmmaking. 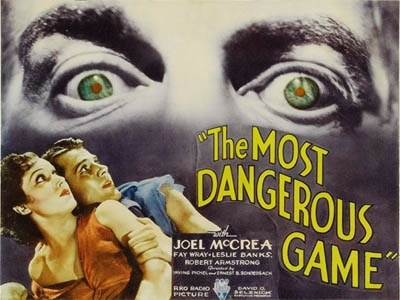 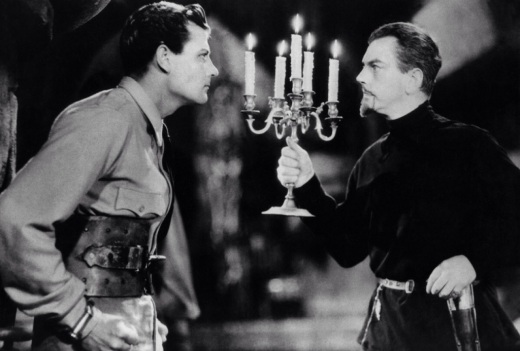 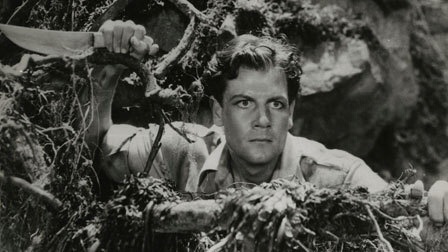 Due to the sale, my list may most likely have some major changes coming soon. Stay Tuned. I won’t be gone as long again, 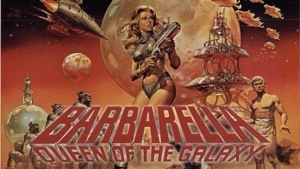 Oh 1968. A great year in film that brought us 2 seminal science fiction pictures, Planet of the Apes and 2001: A Space Odyssey. However we forget there was a third.

To answer your question, I did not use the incorrect word. I meant roll as in the opening credits that have Fonda rolling in zero-g as she removes her space suit.

As far as legitimate substance in the movie Fonda’s body is all you get. Which isn’t bad when you get a chance to see it. However you do have to go through portions of the actual movie to get there.

I know I’m being unfair, it was a bad movie that became a cult classic. I get that. For me however it just wasn’t fun to get through. Every movie doesn’t have to be The Godfather, but I do like to have fun. I’ve seen plenty of B Movies and love those as much as I love my classics.

One thing I will say about Barbarella. I don’t know what Fonda’s thoughts were while making the movie, but I don’t think for one second she phoned it in. Maybe that’s because of her bloodline or she legitimately had fun while making it. And if either one of those assessments are correct, then she certainly is one of our treasured acting gems.

Despite that I didn’t enjoy it I am glad that I have gotten this off my list of shame. It is a part of cinema lore and should be seen whether you like it or not.

This is pretty much all you need. Part of me wishes I could see Jane Fonda back in the 60s 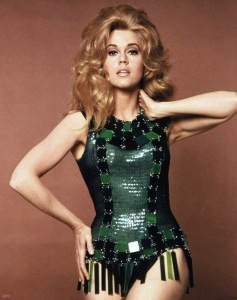 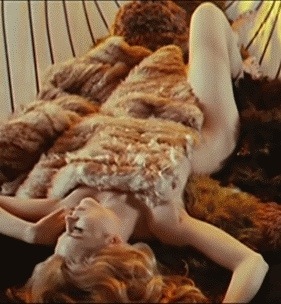 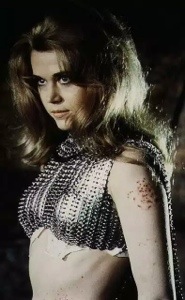 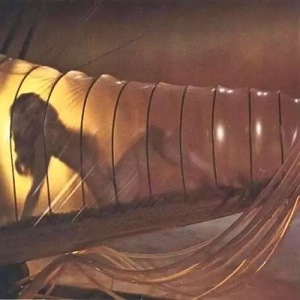