Did any of you actually believe we’d get here? I know I didn’t. But since we’re all still around we might as well watch some great movies.

A new year means it’s time to renew your vows to Cinema Shame. It’s Shame Statement January once again and that means you have to come up with a brand new list of 12+ movies you plan to watch in 2020. If you didn’t finish last year’s list, carry them right on over. (But can you do some goddamn extra credit this year to make up for your past malfeasances?) Stick out a sexy leg and see what shows up in your queue.

That’s It Happened One Night from 1934. If you don’t know it, there’s a good place to start.

Do you have a dusty to-watch pile sitting next to your television? Pick some of those.

Do you have a favorite director? Do a deep dive. Is there a director or actor you’ve somehow avoided all these years? Give them a sample. Maybe more. Maybe you’ll fall in love.

Each month we’ll provide a new prompt that helps direct your viewing in new and exciting directions. Maybe you don’t like the cattle prod, but we like doing the prodding. Okay so maybe it’s less than prodding.

Create your list, post it and Cinema Shame will share it (by yelling your shame from atop of the watchtower — but in a loving manner). Feel free to add some background details for your picks, such as why you are picking it or the reason you haven’t had to chance to view this film. The more eccentric the better.

(That’s another movie you should have seen by now.)

If you need ideas, you can check the clan’s Shame Statements from prior years. Contact us by email cinemashame@gmail.com or tweet at us @Cinemashame.

Remember to listen to the last episodes of the Cinema Shame podcast, available on iTunes, Spotify, and Stitcher Radio. If you like what you hear, please leave a review and share the episode on social media. We don’t even work for peanuts — just fleeting moments of appreciation on the Interwebs. What can we say? We’re easy.

I don’t know about you but this feels like the most Shameful year yet.

James David Patrick (@007hertzrumble) – Is having a very good day.

Brian Saur (@bobfreelander) is also having a very good day.

Recorded in December 2019. Copyrights are owned by the artists and their labels. Negative dollars are made from this podcast.

It’s December, which means you only have one month to wrap up any of those last unwatched movies on your Shame Statement. Even if you didn’t make a Shame Statement this year, just go ahead and pick that one movie you haven’t watched. We all have that one nagging outlier that just won’t get watched and it won’t go away. Rather than let it haunt your dreams like Jacob Marley, you should probably just go ahead and put it to rest before Christmas Eve.

I’ve spent the entire year focusing on my #Watch1989 marathon (60 1989 movies and counting) so I’ll finish as many of those as I can, but I’ll also finally watch The Night of the Hunter. I watched the last thirty minutes on TCM many years ago and never brought myself to do a full viewing.

I won’t even get into how many movies on my Statement I actually watched. Between #Watch1989 and Cinema Shame podcasting… ugh. Just brutal. I am shamed.

Whatever your measure of Shame, take it down a notch. Start your new year with a brand new batch of unseen movies. After all, ’tis the season to be jolly, eat well and watch a lot of great movies. You have no excuse. Not the weather (more time to watch movies). Not imposing out-of-town family members (share your Shame!). Make each of these viewings an event. You’ll never regret watching a classic that’s been nagging at your conscience.

Start thinking about your 2020 Shame Statements. The new decade is right around the corner.

Be sure to check out the latest Cinema Shame podcast featuring Julia Ricci (@julsrich) talking about her first-time watch of Lawrence of Arabia. Subscribe on iTunes / Stitcher / Spotify. If you enjoy what you hear, leave us a present under the Shame tree in the form of a review on your favorite listening platform.

Happy holidays, happy movie watching and may 2020 be your most Shameful year yet. 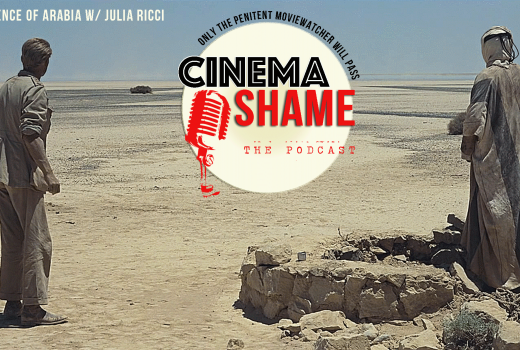 Maurice Jarre – “The Voice of the Guns”

Recorded in November 2019. Copyrights are owned by the artists and their labels. Negative dollars are made from this podcast. 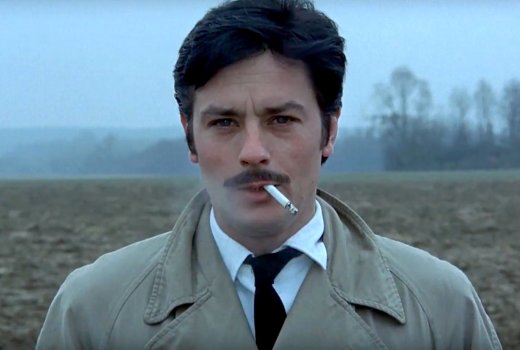 Sure. Cinema Shame is hip to the trends. We may have forgotten to actually post our October Horror Movie prompt, but we’re pretty sure you went ahead and hit that Watchlist hard anyway. Since it’s November, let’s just get hard boiled like everyone else.

Your mission should you choose to accept it: watch at least one new FILM NOIR during the month of November and tell us all about it in a blog post, on Twitter, or in a comment on this here watch prompt.

Personally, I just picked up the first volume of the Film Noir Archive and I’ve only seen one film of the nine (Reign of Terror aka The Black Book). That leaves 8 movies just sitting right there waiting for me in the shadows.

As far as other recommendations, I’ll run down a quick list of items I’d hit up if I were you and you hadn’t seen these items.

On the Criterion Channel:

Even Netflix has a few offerings to fuel your Noirvember watching.

Orson Welles’ The Stranger (1946) (co-starring Edward G. Robinson and Loretta Young) might not get as much attention as A Touch of Evil, but it’s more fun, more twisty, and more straight-up Noir. This is Welles forced to contain himself within the Hollywood system. While I love unencumbered Orson, there’s a thrill to watch him force his Orwellian flare into a taught 95 minutes about the hunt for an infamous Nazi in Connecticut. View on Netflix.

Rian Johnson’s breakout low-budget feature Brick (2005) deserves a viewing with the director’s mystery thriller Knives Out (2019) set for release later this month. Brendan (Joseph Gordon-Levitt) receives a frantic phone call from his ex-girlfriend just before she’s murdered. He becomes resolved to solve the murder himself by “going undercover” in some cliques of people he’d long avoided. Even though this is set in high school, this is no kiddie drama. View on Netflix.

I’m not just recommending Too Late (2015) because the director — Dennis Hauck — is an old friend of mine. John Hawkes stars in this non-linear meta-noir about a private investigator who gets too close to the missing woman he’s trying to find. Robert Forster also co-stars and we all need to pay our respects. Watch on Netflix.

Nicholas Ray’s dark and sizzling In a Lonely Place (1950) starring Humphrey Bogart and Gloria Grahame remains one of the most affecting first-time watches of the last few years. I keep coming back to this movie because it deals with universal human issues of trust and forgiveness, all wrapped up in a dark morality tale. Rent from Netflix DVD.

Why stop with one Gloria Grahame when you can have twice the fun in Fritz Lang’s The Big Heat (1953). Glenn Ford stars as the battered police detective investigating a sergeant’s suicide. When he becomes a target, the family man seeks revenge. Rent from Netflix DVD.

Reach out on Twitter or email us at cinemashame@gmail.com. Let us know about your first-time Noir watches.

Be sure to check out the two new episodes of the Cinema Shame podcast that dropped last month. They’re not horror or noir, but they’re just good.

Tune in next month, when we’ll return with a seasonally appropriate prompt for your viewing roster.

Disclaimer: I earn rewards from DVD.Netflix.com, which has thousands of movies to choose from, many that you won’t find on streaming services. I do this because the availability of physical media is important. The popular streaming notion of “everything available all the time” is a myth. We are always our own best curators. #PhysicalMedia #DVDNation #ad 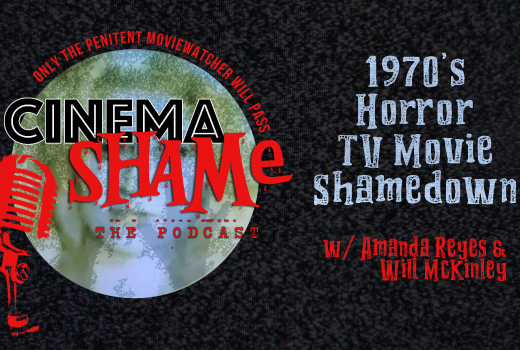 Amanda Reyes and Will McKinley discuss the impact and legacy of TV movies of the 1970’s, specifically ones of the horrific kind. View the movies discussed on Sony Movie Channel’s showcase of rare TV movies during the 2019 Halloween season.

Amanda Reyes (@madefortvmayhem) – Author, podcaster, editor of the anthology Are You In The House Alone: A TV Movie Compendium 1964-1999.

“The Blob” – The Five Blobs

Recorded in October 2019. Copyrights are owned by the artists and their labels. Negative dollars are made from this podcast.

Travis Sentell (@travissentell) – Once baptized our host with a super soaker

The Price is Right Theme

Recorded in October 2019. Copyrights are owned by the artists and their labels. Negative dollars are made from this podcast.